The Many Faces of Sunflowers

Besides the sunny character of their cheery, big, bright-gold, face-like flowers, sunflowers have a lot going for them these days.

Although the wild form of them has been around since at least 2100 B.C., sunflowers check two current hot gardening-trend boxes. One is that they’re North American natives. The other is that they’re rich pollinator plants, providing pollen and nectar for numerous bees and butterflies and seeds that at least 45 bird species savor.

In the yard, gardeners have long used sunflowers for their bold stature and bright late-summer color. Sunflowers also happen to be one of the easiest flowers to start by direct-planting their seed, making them an inexpensive option.

Seeds of the most popular annual type can be planted in a sunny spot about a half-inch deep after frost is finished in spring. Keep the ground damp, and about two months later, flowers the width of dinner plates form at the top of the tall stalks. Rather than plant all seeds at once, stagger the plantings two weeks apart through June. That will spread out the bloom time from August into October.

The best known and most popular sunflowers are still the classic, tall, single-flowered annual types that produce golden flowers that look similar to daisies.  Plants can easily grow six feet tall (the world record is 30 feet) and produce fat flower heads that swell with maturing seeds.

The seeds themselves are a bounty. Besides offering a natural (and entertaining) food source for birds, the seeds are edible for people. To harvest them, wait until the base of the seed head has yellowed and the seeds are full and done swelling. Cut the heads off with a few inches of stem attached and dry them in paper bags for about three weeks. Then rub off the dried seeds and store them in an airtight jar.

Although gold is the leading sunflower color, breeders have developed varieties in other bloom colors, including burgundy, yellow, orange, white, pastel blends, and numerous bicolors.

Double-petaled varieties also have been developed for those who like a fuller look and an almost furry/fuzzy appearance. ‘Teddy Bear’ and ‘Giant Sungold’ are two popular examples.

England’s Royal Horticultural Society (RHS) trialed more than 100 varieties of sunflowers in 2015 and zeroed in on five as the best of the tall types:

Six tall sunflowers recommended by The National Garden Bureau are: 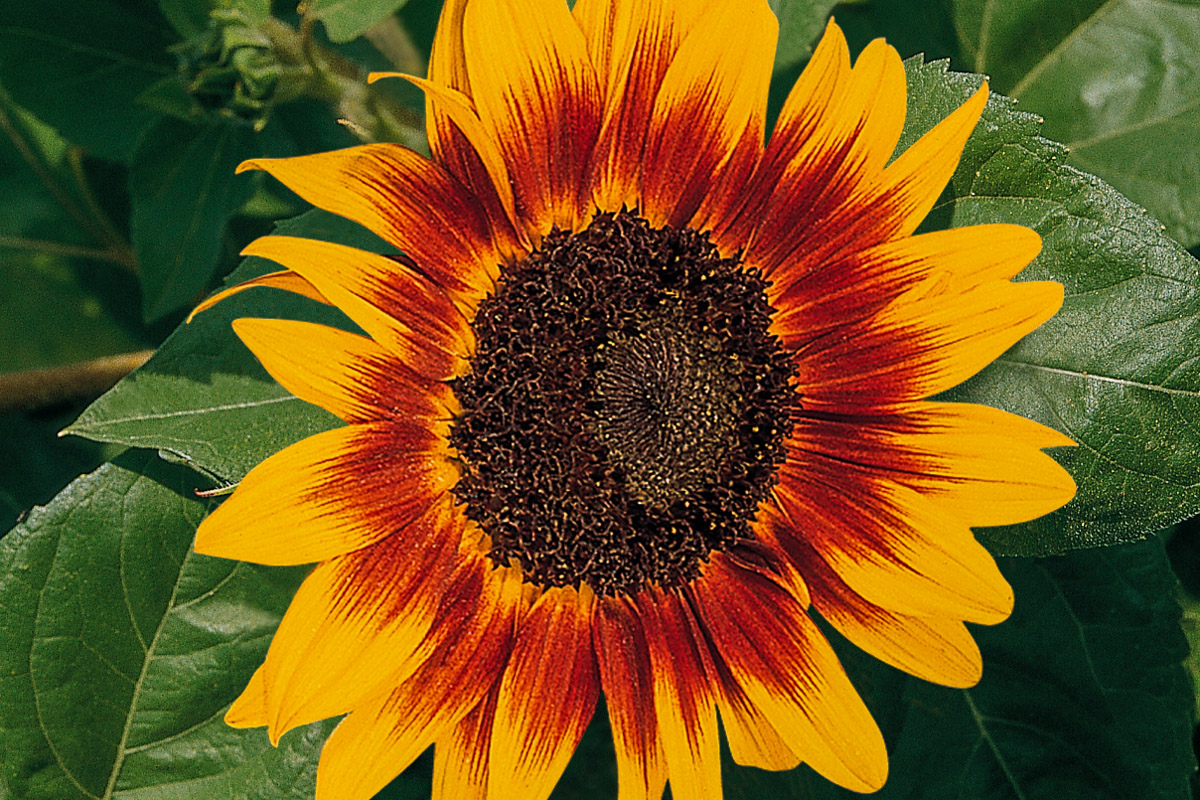 New and “other” sunflowers

The big breakthrough in sunflowers lately is the arrival of the so-called “thousand-bloom” sunflowers that send out numerous side branches and produce gobs of smaller but still very showy flowers along each branch.

Available only in plant form (not seeds), these go by such names as:

They’re a bit pricy, but they’re blooming machines right up to frost.

The National Garden Bureau also recommends ‘Soraya’ as a heavy-blooming brancher, while RHS’s trials singled out the pale-yellow ‘Buttercream’ as the best branching type.

For those who like sunflowers as cut flowers but don’t like pollen falling on the tablecloth, breeders have developed sterile varieties without pollen.

Examples of sterile sunflower varieties include:

Breeders also have shrunk the sunflower down into short, stocky types – some with the same big flowers – for those gardening in smaller spaces or even containers.

Some good sunflowers for small spaces are:

RHS suggested these six as the best choices for containers: 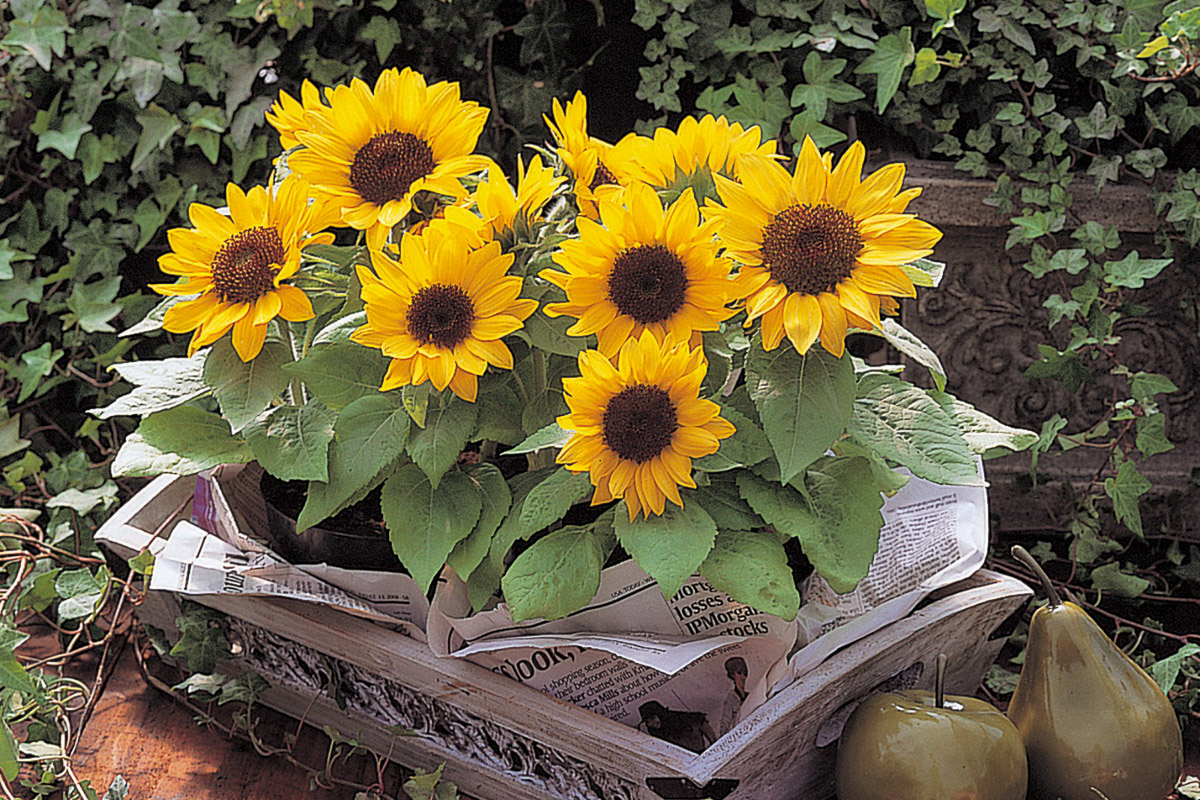 As if that’s not enough choice, sunflowers also come in perennial versions – ones that survive freezing winters to bloom year after year.

Some of the best gold-blooming perennial sunflower varieties are: 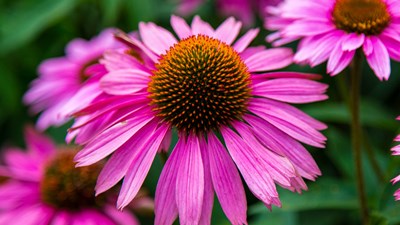 Plants That Peak in August

Looking for flowers that will bloom in the later months of summer? Check out this list of 10 perennials and shrubs that peak in August. 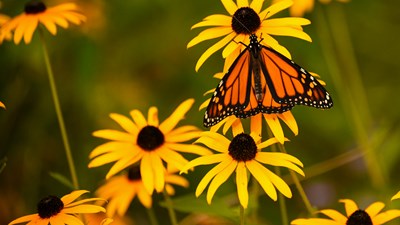 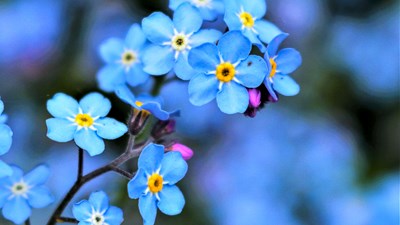 Add the 2022 Color of the Year to Your Garden

Pantone's 2022 color of the year is a new shade of blue with violet-red undertones called Very Peri. Find out which plants resemble this color and which plants complement this color well in the garden.