How Trees Can Cool Your House (and You) in Summer

Trees benefit yards by giving food and shelter for birds, oxygen for the air, and beauty from their flowers and fall foliage.

But there is another benefit that these plants serve which often goes unnoticed: Trees can cut energy bills.

The Arbor Day Foundation says well-placed trees can reduce air-conditioning costs by up to 35 percent, while power-company studies have shown that a yard with 50-percent shade can save an average of $30 a month in summer over treeless yards. 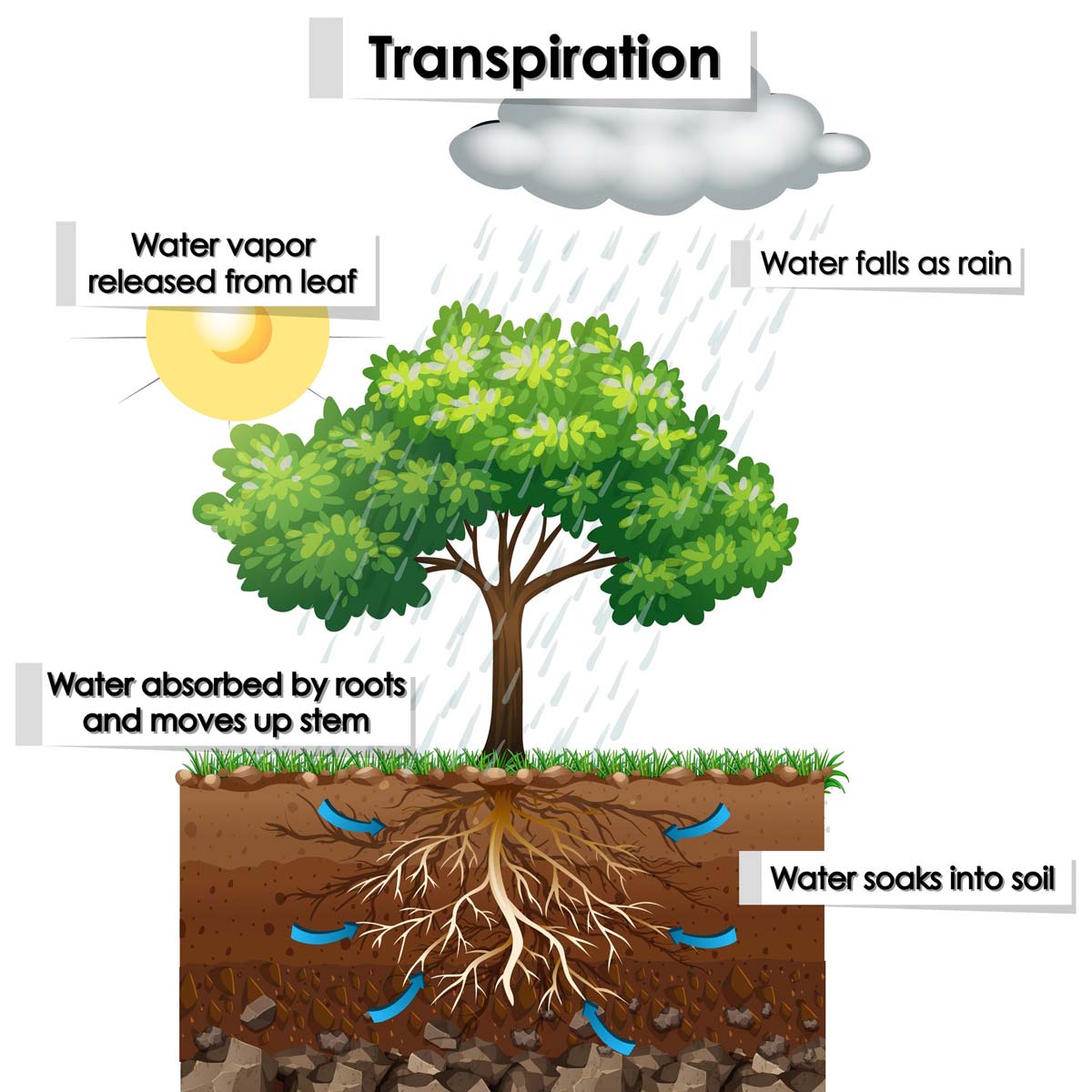 Cool… but how does it work?

The trees you choose to plant for sun coverage depend on two main factors: the direction of the sun rays toward your home and the size of your yard.

Maximize the effect by observing exactly where the sun shines in summer, then plant the tree in a direct line between the sun and the window(s).

In the northern hemisphere, the sun’s rays angle from the south during the summer months. That means a good energy-saving starting point is to plant one or more leaf-dropping (“deciduous”) trees along the southern exposure of the house.

Leaf-dropping species make especially good shade trees because the canopy will block sun in the summer but let most light through in the winter when cold locales can use all of the heating light they can get. For full day sun blockage, you’ll need tall-enough species for your southern-exposure leaf-droppers to eventually grow higher than the roof – blocking the high midday sun.

One important reminder when it comes to planting your shade trees: don’t plant too close to the house, otherwise roots may threaten the foundation and big limbs can overhang the roof or bang into the walls and spouting.

A good rule of thumb is to determine the mature width of a tree and plant it no closer than half of that width from the house.

A second good A/C-saving spot is along western exposures, where trees will block the afternoon and setting, early-evening sun.

These don’t have to be quite as tall as the south-side trees, but they should grow tall enough to keep direct rays from shining into windows and western walls.

Evergreen trees are ideal choices along northern and northwestern exposures in the North to block prevailing cold winds.

The morning or easterly sun has less effect on home-cooling, but smaller, broader trees there can at least keep sun out of windows. 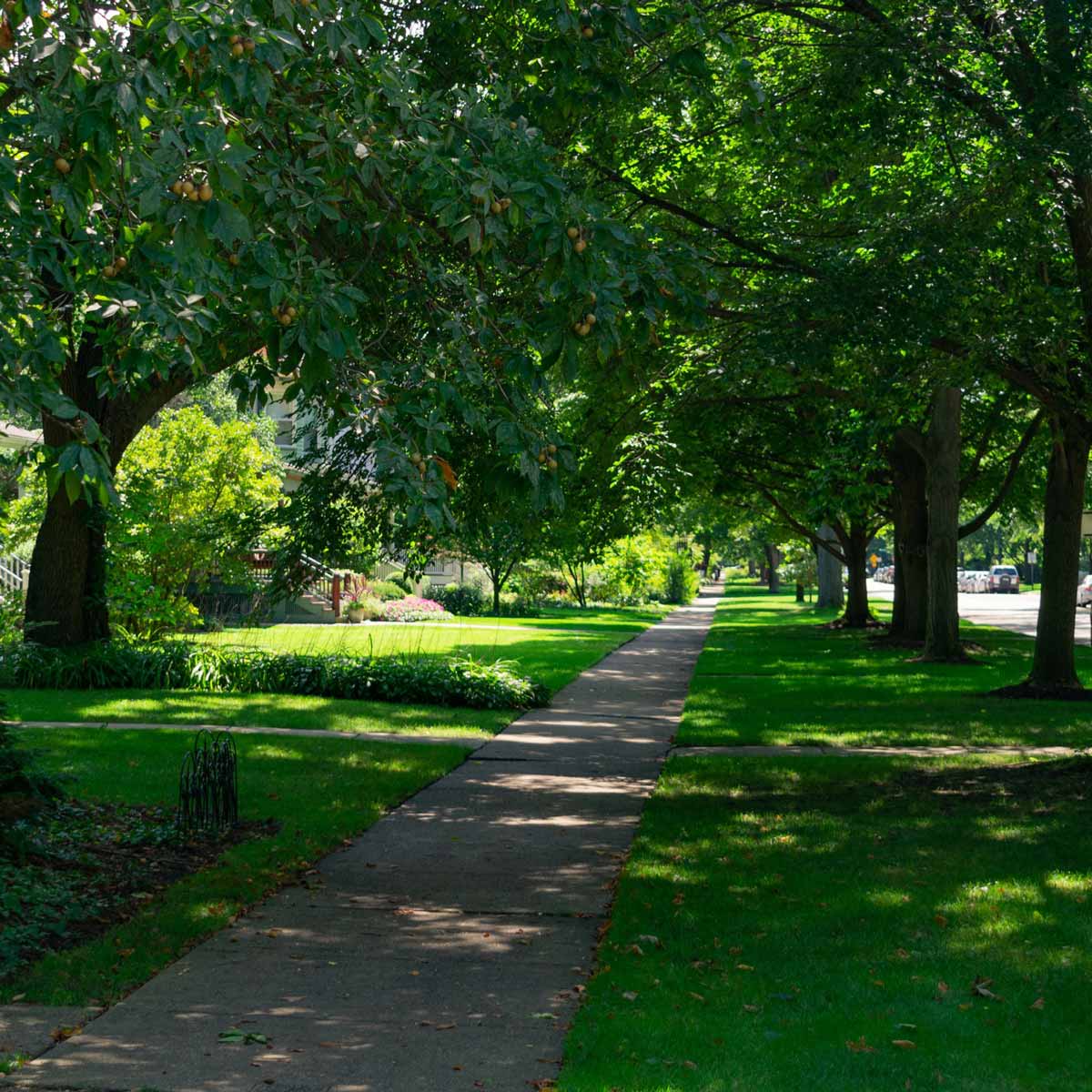 The trees along the sidewalk in this picture are helping to reduce the effect of heat islands, which have become a concern in urban areas. James Andrews / iStock / Getty Images Plus 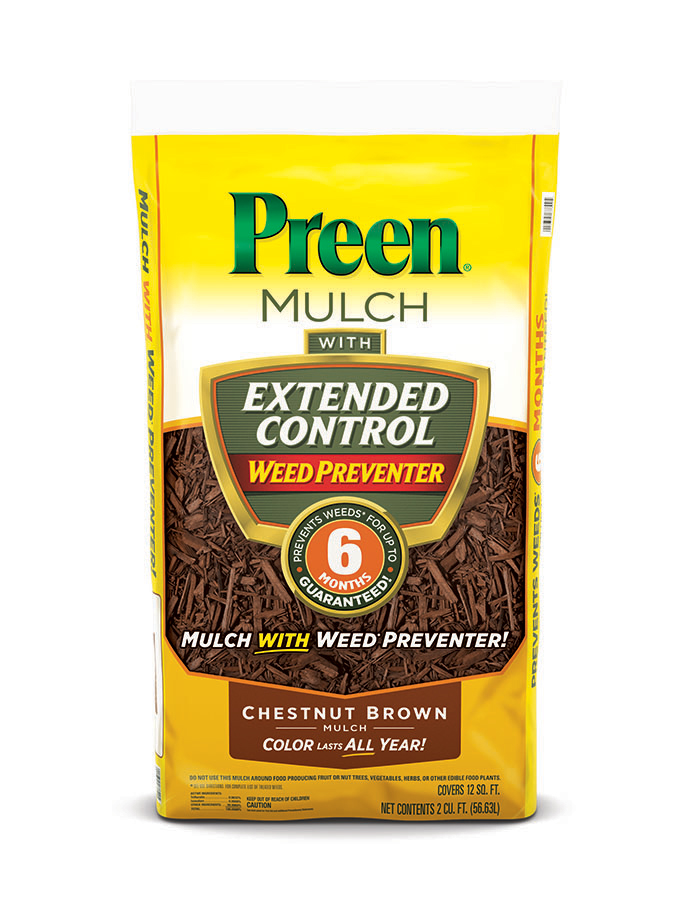 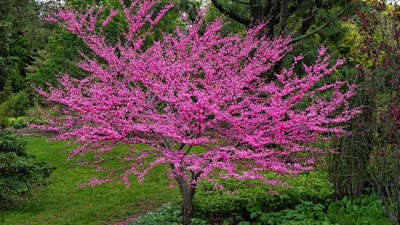 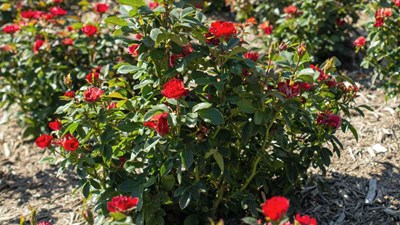 The Five Best New Trees and Shrubs of 2021

Looking to add some new tree and shrub varieties to your garden? Check out this list of our favorite new plants of 2021. 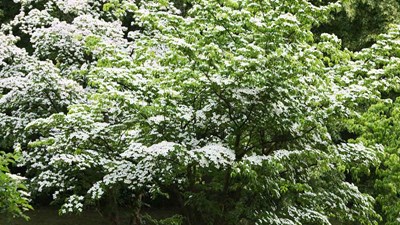